The Who Re-Viewed Part 3

ENDLESS WIRE: WORTH THE ENDLESS WAIT?


I’m with those who consider The Who By Numbers the last Who album worth listening to from start to finish, and that was released back in 1975. Thirty years is a long time to keep the faith – especially if, like me, you’ve gone from puberty to middle age in the interim. Not even the most patient of Who fans was heard championing ‘Real Good Looking Boy’ and ‘Old Red Wine,’ the bonus “new” songs on 2004’s Then & Now compilation, as any great return to form from a newly “re-united” Pete Townshend and Roger Daltrey, let alone as of relevance to the modern age.

This summer’s Wire & Glass teaser seemed even more out of place: a series of poorly-produced one-minute songs (followed by one poorly-produced four-minute song) that lacked for clarity of sound, context of culture, and Zak Starkey’s drumming, to name but three evident weaknesses. I played the 11-minute CD repeatedly, but it was more out of duty than joy. 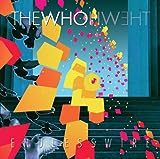 Endless Wire: The most youthful Who album since Who’s Next.

Endless Wire is a different story, as a complete album often seems to be. Yes, it demands patience from the listener, who must battle through familiar musical motifs, well-worn lyrical themes, a rather dull production, and at least a couple of songs a younger Who would have rejected outright. The nine numbers that form the first part of the album do not congeal well and are easy prey for a CD/iPod culture that encourages instant skipping. Persistence is a virtue however, and even the allowance of lowered expectations is not an attempt to damn any of it with faint praise. The rockers ‘Mike Post Theme’ and ‘It’s Not Enough,’ for example, may pale next to The Who of legend, but they’re remarkably sprightly numbers for a couple of 60-somethings, whilst remaining gratifyingly devoid of the youthful posturing that embarrasses many of their ageing peers.

Over at the opposite end of the musical spectrum, ‘God Speaks To Marty Robbins’ is solo Pete Townshend as we’ve often known and loved him – naked but for his acoustic guitar, with a voice that sounds no less angelic for the passing of time. But then there’s ‘A Man In A Purple Dress,’ another apparent ballad, and one widely interpreted as an attack on those who publicly judged Townshend’s internet pornography charges a couple of years back. No other song so aptly symbolizes Townshend and Daltrey’s co-dependence, whereby a verse like “You are all the same/gilded and absurd/regal, fast to blame/rulers by lost word,” which would have seemed whining if sung by its author, comes over as more of an angry challenge when delivered in Roger’s unapologetically gruff tones.

Surrounding these highlights are a few songs I could probably live without, and were these initial thirty minutes all The Who could come up with after thirty years, I doubt I’d be witing this essay. But the subsequent ten-song, 22-minute ‘Wire & Glass: A Mini-Opera’ delivers on its promise (and premise) almost in entirety, having acquired both a gravitas and a lightness that was absent on this summer’s teaser of a CD. While the storyline forms but only the latest installment in an endless fable that started with Lifehouse, it owes more to ‘A Quick One, While He’s Away’ for its refreshingly short musical numbers, its ready-made melodies, and an easily digested plot that can be summed up in a mere nine monosyllabic words: Old rock star reflects on his rise and fall.

Townshend will tell you it’s not autobiography, but given that he’s spent his life exploring the emotional, physical and spiritual power of rock music, then it’s impossible to fully separate author from narrator: like any number of Who fans, I figure the lines “We did it all – didn’t we?/Jumped every wall – instinctively,” from the gentle finale ‘Tea & Theatre,’ as applicable to The Who’s own once inconceivable success. But whether you study Wire & Glass with a magnifying glass or enjoy it from a distance, you should come away satisfied that, though Townshend may be an old dog incapable of new tricks, he’s still a master at his own game. I’m particularly taken with ‘Endless Wire,’ which grooves with the laid-back sentimentality of Tom Petty; ‘Unholy Trinity,’ which uplifts with ukeleles; and ‘Mirror Door,’ which reflects with maturity (and some classic Townshend chord patterns) on the rock of ages. The ‘bonus’ extended versions of ‘We Got A Hit’ and ‘Endless Wire’ (each clocking in at an almost purposefully perfect pop length of 3:03) suggest that any of the mini-opera’s other eight numbers could have been given similarly elongated treatment.

A classic, then? No, and I don’t think any of us dared expect as much. But thanks to ‘Wire & Glass’ ultimately fulfilling its unpretentious potential,
Endless Wire is not only the best Who album since The Who By Numbers, it’s the most youthful since Who’s Next. Is that enough? For me, yes it is.