LCD SOUNDSYSTEM: SOUND OF SILVER
Watching James Murphy progress from local DJ/remixer to singer/lyricist/band-leader has been a particularly enjoyable, 21st Century New York experience. But did we ever know he had this in him? Who really imagined the indie-disco-house-rock maven making a second album that would gel so perfectly and contain so many truly fine songs, songs to make you laugh (“North American Scum”), cry (“All My Friends”), and even to get nostalgic for the bad old days (“New York I Love You”) – nor that we would come to treasure his spectacularly non-singing voice. From its spring-time release onwards, I waited to hear if another album would challenge Sound of Silver as my record of the year. Nothing came close. 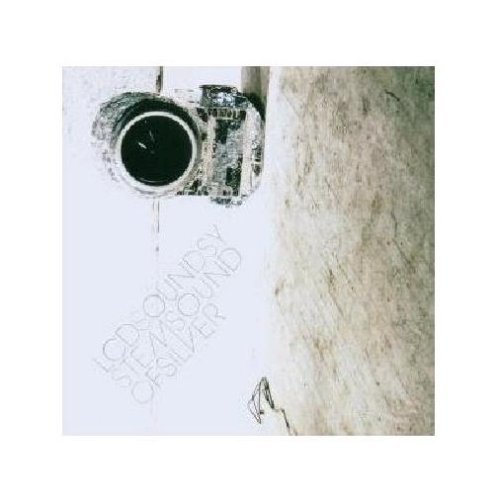 M.I.A.: Kala
Sonically, however, this album beats all-comers. For that we can thank the U.S. Immigration, without whom Kala would have been produced by Timbaland throughout and probably sounded like any other white British hip-hop artist who hopes to break America by faking American (and inevitably fails miserably). Instead, unable to secure an American work visa, little Miss M.I.A. traveled the world, sampled it on our behalf, and distilled the entire global village into digital sound-bites. Songs? James Murphy eats her for breakfast. But sound? I’ve never heard anything like it. CARBON/SILICON: The Last Post
For all that I love the free MP3, for all that I praise the notion of the iPod as new transistor radio, there’s still something to be said for the old-fashioned album, especially when it’s been remixed by Bill Price. Mick Jones and Tony James brought in the old Clash producer to clean up the ultra-simplistic dance-punk rock music they’ve otherwise been giving away online for the last few years, sequenced the tracks in a proper order and, in the words of the eternally positive Jones on “Oil Well,” dropped “some love on the human race.” We need it. And for all that I love his nonchalance towards the music business, we need Mick Jones gigging America, putting CDs into record stores and getting on the radio – because his “News” is too good to keep to the web. Welcome back. The world’s a better place for your presence.

BRUCE SPRINGSTEEN: Magic
Yes, I’m as big a boss fanatic as you. And you. And you. But looking at year-end polls, I think we may have gotten carried away: Magic is not the best album of Bruce’s last decade, let alone of his career – or even, necessarily, of this year: a DJ friend of mine places his Live In Dublin double CD with the Sessions Band, also from ’07, over this one, and I understand his reasoning. But still, it is Bruce, with the E Street Band, it’s a proper rock record, he’s America’s working class poet laureate and, on “Last To Die,” “Livin’ In The Future” and “Magic,” he tells it like it is like no one else can do. As for “Girls In Their Summer Clothes” and “I’ll Work For Your Love,” he may be old enough to be a granddad, but oh man, what an incurable romantic. 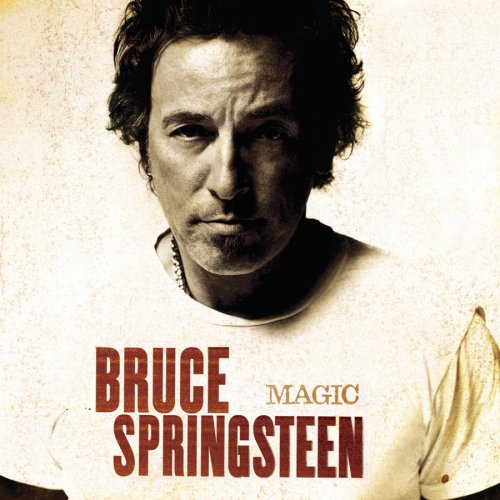 THE FELICE BROTHERS: Adventures of the Felice Brothers Vol. 1
The legacy of Bruce and Bob, Pete and Woody, Nick Cave and Shane MacGowan, Jug Bands and Medicine Shows, folk and skiffle, bar brawls and hootenannies are all encapsulated in this Catskills-raised band of real blood brothers. The Adventures of the Felice Brothers Vol. 1 appears to be a totally different album from the one they released in the UK this year, which only serves to show how many great songs they keep in their kitbags: certainly, “Radio Song” and “Frankie’s Gun!” are as solid raw material as anything I heard this year. (They are performed, however, much like the live show: gloriously sloppy.) Word has it that Rick Rubin is after them; for those of us who live round Woodstock and long for some young guns to replace the legacy of the (lovable) old hippies, this can only be good news. As there appears to be no cover shot or link to their U.S. “tour-only” album (their MySpace page currently has a couple of its recordings) I’ve listened to so much this past few months, the image and link below are for the European album, Tonight at the Arizona. I’d like to believe it’s equally good. 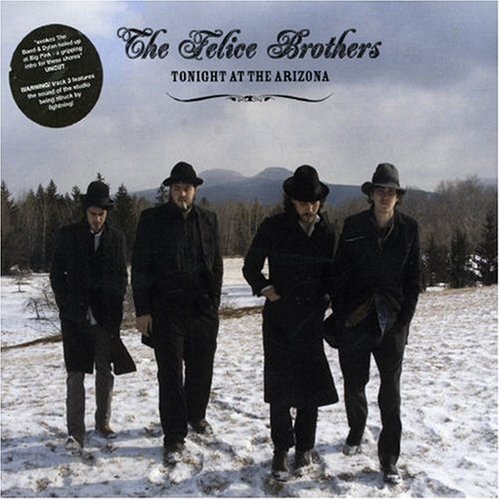 YOUTH GROUP: Casino Twilight Dogs
Hyped to us by iJamming! pubber Heggo (R.I.P.) upon its release in their native Australia further back in ’06, Youth Group’s third album was finally released on American soil early in ’07, and I’m truly surprised it did not fare better. Tobi Martin’s yearning voice is far preferable to that of his near-namesake in Coldplay, and his lyrics are not far below that of Tim Booth or Michael Stipe, a couple of other obvious reference points. Back in February, I wrote this, and I still stick by it:” At equal turns dark and ecstatic, Casino Twilight Dogs is the sound of a band on perpetual brink of collective orgasm.” Listening to the album again several times over here at the end of the year, I still feel the same way. It’s an achingly beautiful – and deftly intellectual – power pop album as rarely gets made any more. 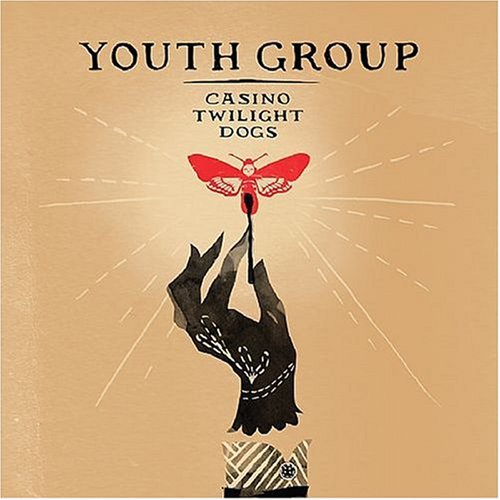 BUSDRIVER: RoadKillOvercoat BUSDRIVER: Roadkillovercoat (Anti-)
Either the world of psychedelic hip-hop is vast and I know nothing about it, or it’s very small and I’m among the only people to frequent it. Either way, I am surprised that I appear to be the only person I know to have raved about Busdriver’s RoadKillOvercoat. Make no mistake, these are some of the finest – and certainly funniest – lyrics to have been written in a year that didn’t lack for good couplets. Regan Farquhar (a.k.a Busdrive) spends much of RoadKillOvercoat attacking his own comrades in “conscious rap,” and no-one is safe: not vegetarians, not soccer moms, not champagne liberals nor even gays. Yet despite his frenetic word play, Busdriver never forgets his grooves, be they hip-hop, techno, or the best Yes sample I’ve heard. I get up, indeed. 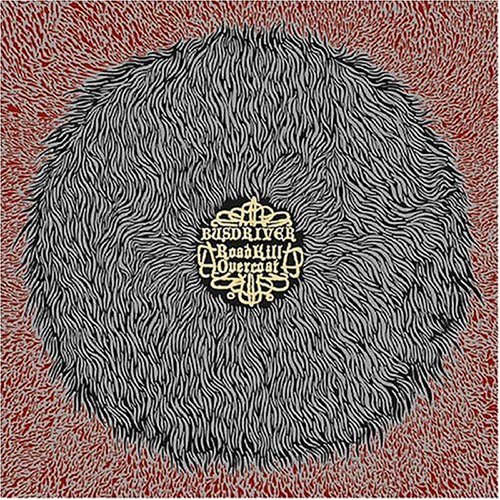 UNDERWORLD: Oblivion With Bells
Let’s ignore its apparent commercial failure; let’s not obsess about why rock critics prefer Daft Punk to Underworld. Let’s focus on the purely positive: Oblivion With Bells picked up precisely where A Hundred Days Off left off a full five years ago, Karl Hyde and Rick Smith continuing to alternate luscious ambient soundscapes (“Glam Bucket”) with uplifting romantic dance grooves (“Crocodile”) and maturing gracefully in the process. The album not only contained some of the best song titles of their long and illustrious career (“Faxed Invitation” and “Good Morning Cockerel” pipped to the post by “Cuddle Bunny Vs. Celtic Villages”), but also one of their very best recorded songs: the brilliantly stark and urbanely poetic “Ring Road.” 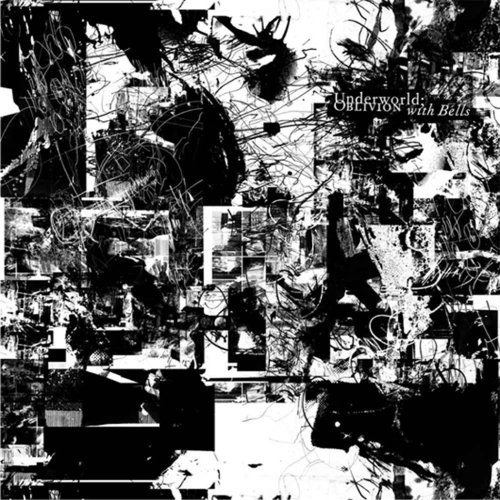 ARCADE FIRE: Neon Bible
As can so easily happen, I allowed the hype that surrounded Arcade Fire’s debut album Funeral to color my judgment: I couldn’t quite bring myself to believe that it was good as people said it was. So, I figured that if the Canadian minstrels were really all that, the second album would prove as much. And to me, it did. (Even if, to many others, Arcade Fire were an archetypal example of the previously referenced sophomore slump.) I find Neon Bible truly apocalyptic, the sound of a world gone mad, and with no apparent idea how to regain its sanity. That tension, that uncertainty, that fury and misery and apparent hopelessness – and the musical complexity that runs alongside it – makes for one of the year’s strongest sets. The fact that lead vocalist Win Butler has channeled much of Ian McCulloch’s dark majesty is no bad thing, either. 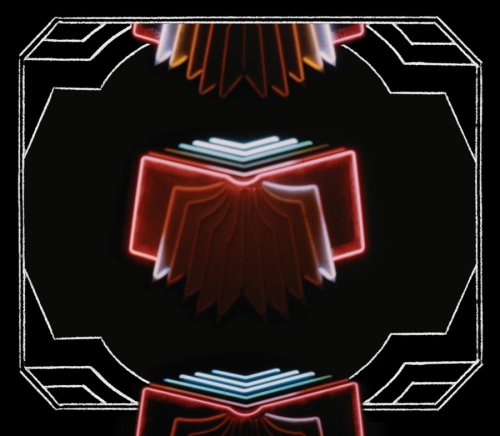 ARCTIC MONKEYS: Favourite Worst Nightmare
I labored over this one. I suspect there were many better albums released in 2007 than Favourite Worst Nightmare, which I did not find myself playing as much as I expected, nor finding a song above all others to remember it for. But when all’s said and done, I so admire Arctic Monkeys for ignoring their own press, following up their record-breaking debut in a matter of mere months when most bands now take years, for hardening their sound without being deliberately obtuse about it, for the continued lyrical nuggets – and for keeping everything to 37.5 minutes. It’s called getting on with the job, and it’s the proven method for avoiding the second album slump. Cheers, lads. 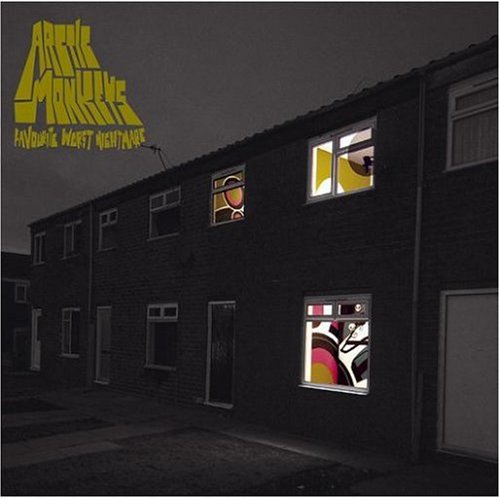