WHO: Dexys Midnight Runners Pt. 2 – the line-up that briefly existed and exalted in between the seminal 1980 debut Searching For The Young Soul Rebels and 1982’s Too Rye Ay, but which never recorded an album of its own.

WHAT: Three singles, one live radio concert and one radio session, all from 1981. Dexys Midnight Runners fans – yes, the term is short for fanatic – know this as the year when Kevin Rowland’s determination to create a “group” (not a “band”) that could thrive outside of conventional expectations came to fruition. Having been abandoned by almost all the original Dexys after the ‘Keep It Pt. 2’ single (that group became The Bureau), Rowland and trombone-playing sole survivor Big Jimmy Paterson assembled a new eight-piece, with drummer Seb Shelton and guitarist Billy Adams particularly integral. This new Dexys escaped one major label contract and walked into a new one, but remained, to quote the last song on this compilation, ‘ever the wild-hearted outsiders.’ Though ‘Show Me’ – the middle of the year’s three singles – was a Top 20 hit, Rowland became something of a music business pariah; it was easier for many to laugh at his capacity for confrontation (he stopped doing press interviews and instead included essays in music paper ads) than engage in his enthusiasm for constant change. Yet by the end of the year, this new Dexys had broken new ground: dressed in hooded sweaters back when this was strictly NOT de rigueur fashion, adorned in moustaches and boxing boots, the brass players having trained themselves on stringed instruments, they played three nights at the Old Vic Theatre in South London for a continuation of that year’s earlier tour, the Projected Passion Revue. For many of those who attended, these Old Vic shows were a life-changing experience, Rowland and Dexys upending the typical live band gig through use of seated string section, support from dancers and comedians, carefully rehearsed choreography, spoken sermons, and singing and playing of an intensity and dynamism rarely seen beyond a James Brown concert. This is the nearest we’ve come to a proper album from that band. 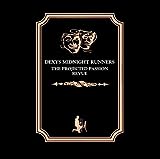 WHY: “Live, it was, with the possible exception of the 2003 line up when it was really on song, the best of all the Dexys. For singularity, there was nothing to touch it.” Kevin Rowland, at his myspace page.

WINNERS: The first 1981 single ‘Plan B’ has become something of a soul anthem, and starts Projected Passion Revue in inimitable style. The third 1981 single, ‘Liars A To E’ is heard as ‘Your Own’ both on the In Concert and the studio session radio broadcasts, but only comes into its own on the 7” version, where the strings are more classical and dramatic than the Irish jig band that would soon replace them. Hopefully, its inclusion here will reach a wider public: originally released to coincide with the Old Vic shows, it was a commercial calamity. The 7-minute ‘Until I Believe In My Soul’ was the cornerstone of Dexys Mk 2, but and is more charismatic on the In Concert performance than on Too Rye Ay. Then there’s the live cover of ‘Respect,’ the thrilling versions of hits from the debut album, and the three B-sides, of which ‘Soon’ is perhaps the best 2-minute hymn ever tucked away on a 45rpm single.

WORDS: It’s hard to top “The only way to change things is to shoot men who arrange things” from ‘There There My Dear.’ But ‘Liars A To E’ has the audacious, “Good old Kevin’ll be alright, Here comes “his soul”, get your pen and notebook ready.” Only Rowland could reference himself with so much reverence and get away with it.

WHINE: A major one: The core concert at the heart of the album is not the group that played the Old Vic at the end of ’81 (of which only a bootleg cassette exists and I don’t own a copy), but a brass band still escaping the shadows of Dexys’ early success. And a minor one: DJ Gary Crowley is a mate of Kevin’s and, I would like to think, still a mate of mine, but his introduction to the In Concert is totally at odds with the music. I didn’t copy it over to my iPod.

WEB: Kevin recently set up at myspace, offering his opinion on why Celebrity Big Brother is not racist, and why his new Dexys (minus the Midnight Runners) is “not a group in the traditional sense.” (Why, was the old one?) If his essays don’t turn you on, there’s a brand new demo, ‘It’s Ok Johanna,’ and videos from almost every Dexys’ line-up. Try the top and bottom ones to get an idea of how Rowland re-interpreted his own songs (in this case ‘There There My Dear’) over the space of just three years.

WINE? I’d love to, but the Projected Passion Revue shows were held in alcohol-free venues, to free Rowland from drunken hero worship: Dexys Midnight Runners 1981 were supposedly fueled by tea. All good Brits enjoy a good cuppa, and for those in the former colonies, where the one-hit wonder ‘Come On Eileen’ has long marked Dexys as an awful novelty, I recommend the readily available Yorkshire Tea, which has a density and strength you won’t find from Liptons and PG Tips. Enjoy it while acquainting yourself with the wider Dexys Midnight Runners catalogue – which includes, coincidentally, the cryptically titled ‘Thankfully Not Living In Yorkshire It Doesn’t Apply’ on the debut album. You may also wonder as you sip just how Rowland went from tea-drinking aesthete to fully-fledged cocaine addict in the space of just a few years. But that, fortunately, is a story that does not intrude on the brilliance that was the Projected Passion Revue.