When does running a full marathon through the unforgiving Catskill Mountains count as a cop-out? When you’re one of only two relay teams and the other 60 entrants are all trying to complete a full 56 miles. And no, that’s not a typo. The inaugural Manitou’s Revenge Ultra on Saturday June 22 lived up to its intent by providing an endless array of tough mountain climbs and equally technical descents on one of the hottest days of the year. When I set off on my relay portion at 2pm (the race itself started at 5am), the temperature was well into the 80s even in the typically cool climes of Platte Clove, and if it didn’t get that much hotter as I climbed a series of four 3500ft peaks on the aptly-named Devil’s Path, it certainly didn’t get any less humid either. With ten miles (read 3-4hrs) between aid stations, I’ve never been so thankful for my Camelback; I knocked back water like it was running out of fashion.

Talking of running, my 26-mile section provided me with a conflicting combination of ‘why am I doing this again?’ combined with ‘this is the greatest feeling in the world.’ Those who are hooked on trail running will tell you that it’s a universe away from pounding the roads, in every sense – although in the Catskills (where they say you know you’ve reached the mountains when you encounter ‘two rocks for every dirt’), the word ‘trail’ tends to be used loosely. I had two 1200+ft climbs in under a mile, which of necessity required a hand-over-fist, hold-on-to-the-tree-roots-if-you-don’t-want-to-fall-backwards approach, and even the parts of the course that can lay claim to being somewhat flat tended to have loose rocks or tree trunks or slippery boulders ready to trip you up if you allowed your mind to wander or push yourself too fast. Fortunately, the heat of the last week had dried out the trails that, during my last couple of training runs, were perilously slick from top to bottom.

The elevation profile for Manitou’s Revenge. I started at Platte Clove. Click on thumb-nail to see full size.

I am absolutely in awe of those who can cover 56 miles of mountains in under 24 hours (the cut-off time for yesterday’s run, and it’s a mark of Manitou’s tough course that 24 hours is considered the normal cut-off for a 100 mile run). I am not entirely sure I want to join them; though I ran and hiked strong yesterday, and would have been good for a few more miles, I know I couldn’t possibly have covered it all. Nor would I have wanted to run any more of the mountains at night than I did; fortunately, by the time I had to put on my headlamp – for the first time – I was on my home Mount Tremper, although even my considerable familiarity with those last five miles couldn’t prevent me from slowing down considerably for fear of going flying, and not in a good way.

I covered my 26 miles, which included 6000ft of ascent and 7000ft of descent, in 8 hours, 20-odd mins. When you allow that just a month ago I ran a road marathon precisely 5hrs quicker, you get an idea of the grueling terrain. But I felt good pretty much throughout. Thirsty, but good. I kept up a mantra of ‘perpetual forward motion,’ refusing to stop, even on the climbs, and instead taking reasonably comfortable food breaks at intersections and aid stations.

There was one exception. I was aware that this was one of the more pristine summer days on the mountains and there was a small part of me that wondered why we were rushing through the trails, when the hikers stop to smell the flowers. At one of Twin Mountain’s two peaks, I had no choice but to stop, retrieve the iPhone from my Camelback and take a couple of snapshots. The humid haze and the layers of tone they provided across the eastern Catskills were truly majestic. So was the sight of the full ‘Super Moon’ rising to my left as I ascended the back of Mount Tremper.

The last part of the course was a one-mile run into my local, ‘home’ village of Phoenicia, a mile I know all too very well. It’s largely because this race was finishing right on my doorstep that I had vowed to run at least the latter part of it. When I made it back to my real home an hour or two later, I finally managed to take stock of mother nature, and sat outside on the deck watching that moon make its way across the night sky. There were still runners out on the course by the time I went to bed around 1am, though by that point those who had not quit (and there were several) or been timed out (and there were several more) were likely to have been moving at little more than a crawl, probably wondering at their sanity. I don’t often lay claim to common sense, but I’m glad I only took on the miles that I did. Still, seeing what a success this inaugural event was, at least for those who made it to the end around the time that I did, I can’t promise I won’t step up to a longer distance next year. This stuff is addictive. 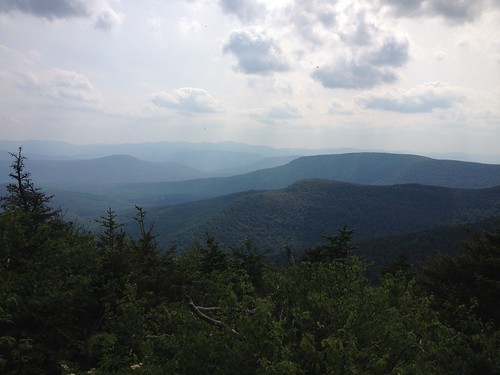 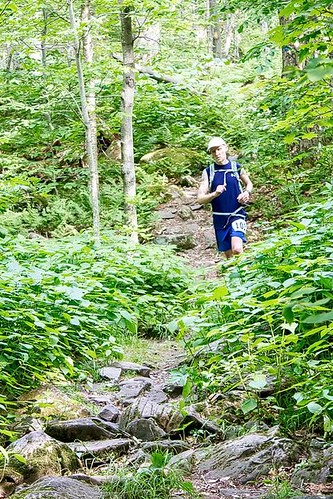 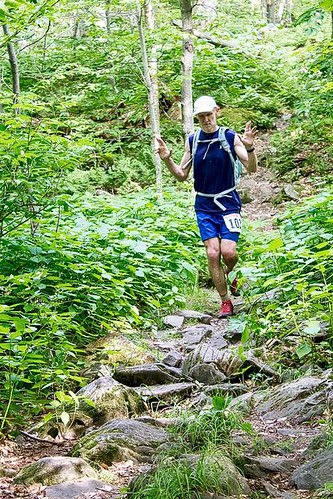 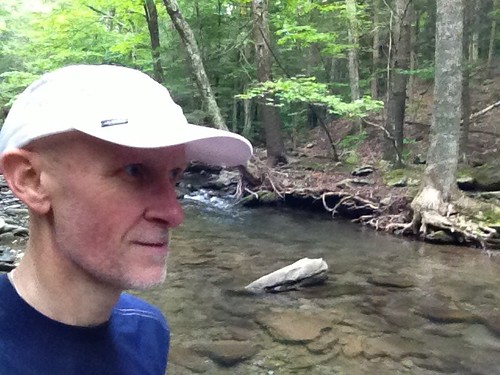 At Warners Creek, almost 6 hrs in. Still over 2 to go. 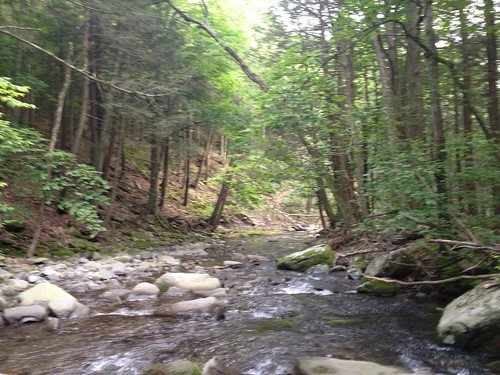 Warners Creek, at back side of Mt Tremper 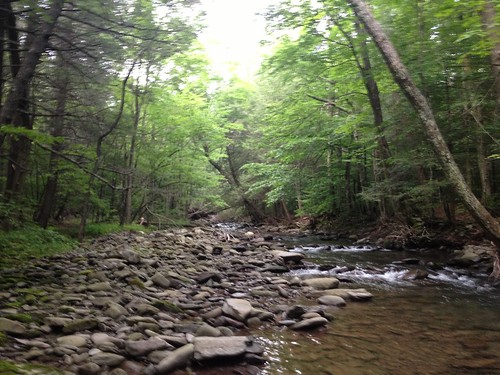 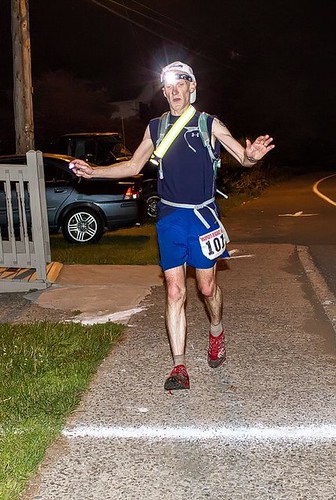 Crossing the finish line around 10:20pm 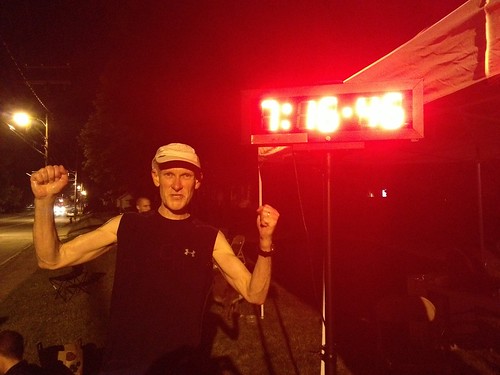 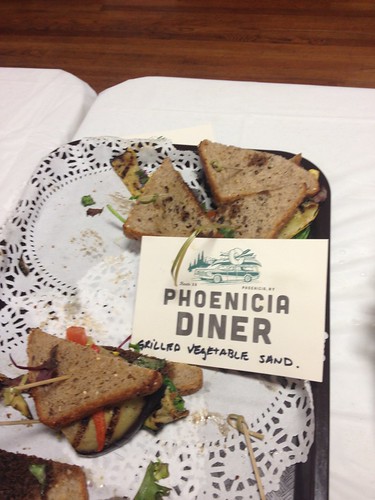 Phoenicia Diner laid on a post-race feast
Powered by AFG