I had another post all set for today, but it can keep: rather, following on from Monday’s link to the 89 different cover versions and remixes assembled by the Buffet Libre team, I’ve just come across the Pretty Much Amazing site’s post devoted to its Best Covers of 2008, and while I’m still having fun devouring it, I feel the need to further share it. After all, I’m not aware of another web site that hosted Katy Perry’s cover of MGMT’s “Electric Feel” alongside Max Vernon’s cover of Perry’s “I Kissed A Girl” alongside The Kooks’ cover of MGMT’s “Kids” alongside MGMT’s own live rendition, in association with Of Montreal, of Nirvana’s “Smells Like Teen Spirit.”

Okay, scratch the last one as redundant but, all the same, you may start to see a pattern here, essentially the frequent appearance of the name MGMT, whose debut album was sufficiently inconsistent that it didn’t make my Top 10, but which featured at least three songs – add the incredible opener “Time to Pretend” to the aforementioned “Kids” and “Electric Feel” – that will be hard to now live without and who, when all is said and done, may yet be the act to claim 2008 as their own.

As it turns out, these covers are but the tip of the MGMT iceberg. PMA also hosts a page that gathers Spin magazines top 25 (yes, twenty-five) MGMT remixes. Several of these are mash-ups, including two by Athens, GA’s Immuzikation, whose “All My Children” combines “Kids” with LCD Soundsystem’s “All My Friends” and also, Daft Punk’s “One More Time” in the mix with MGMT’s “Time To Pretend.” Obvious, perhaps, in both cases, and modern music software does indeed make the construction of mash-ups relatively easy, but you still need chops to pull them off with imagination – just as you do to deliver a successful cover version. 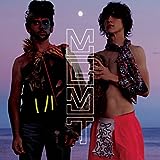 It wasn’t the best album of 2008, but MGMT’s Oracular Spectacular had at least three of the year’s most indisposable songs – as the number of cover versions, remixes and mash-ups demonstrates.

And so, of all the covers I had yet to hear this past year, the one that I’m most thrilled to come across is the collaboration between Peter Gabriel and Hot Chip. Put those two talents together and it wouldn’t bother me if they covered the phone book, but I’m still absolutely ecstatic that they took on Vampire Weekend’s “Cape Cod Kwassa Kwassa” instead. For the uninitiated, that’s the Vampire Weekend song (an NYC act whose debut album DID make my top 10) that, with its enthusiastic Afro Beat way, references Peter Gabriel in its chorus. As the great man notes in a magical rendition that claims the song for electronic music fans, “and it feels so unnatural to sing your own name.”