There Are No Survivors? Speedball and the Mod Revival of 1979

It’s funny how things work out. I spent much of last year writing a first draft of an account of my teen years, a certain percentage of which I spent in the midst of the mod revival; though I proudly refused to don a parka or even a skinny black tie, it was impossible to live in South London in 1979, at the age of 15, running a fanzine called Jamming that was the go-to place for news of Paul Weller and co., and not find myself somewhat immersed in the movement. It was a farce, in retrospect, but we were too young and naïve to know better. Certainly, we had some fun.

I had much of my fun with the band Speedball. I’d made my acquaintance with them through Roger Allen, who published something called the Surrey Vomet, not so much a fanzine as an artsy comic that sent up its suburban newspaper namesake and everything else to do with the British stiff upper lip. With its creative redesigns of existing comics and articles on “How to do a runner from an Indian restaurant,” it was something of a precursor to Viz. It was a surprise then, to find out that Roger was in fact a dedicated old-school mod, complete with personal prized Lambretta. And once the revival kicked in he wasted no time picking up a band by which to mould himself as the next Pete Meaden: a four-piece from Southend called Speedball. He helped line up a single release, “There Are No Survivors”/ “Is Somebody There?” on a Southend label, and invited me to see the band open for the Purple Hearts at the Moonlight Club in Hampstead, the night after Thatcher’s election victory in May, 1979. The moment front man Robin Beulo, in blue army tunic, played the opening chords to “Don’t You Know Love By Now,” I fell in love with them. Dave, Robin, and Guy, as seen at Alaska Studios, Waterloo, May 1979 and originally printed in Jamming 8. Photo by Jeff Carrigan.

I fell even further when the group promptly lost two members – to borstal – and replaced them with 17-year old bassist Guy Pratt. Turned out Guy and I already knew each other, from a family Boxing Day party in Sydenham a couple of years earlier where we’d bonded over our mutual love of the Who. Guy brought the group further mod credibility via that genuine love of the music and a wonderful checkered jacket from Johnson’s (plus, he had his own Vespa), as well as impressive melody, perfect harmonies and a commanding onstage presence. As a power trio, with the strikingly good looking peroxide drummer Dave Dyke at the back, and with songs as strong as “Billy Gets What Billy Wants” and “Please Don’t Stare,” I figured Speedball would prove unstoppable.

I was wrong. The mod revival quickly became a laughing stock and those bands who had ridden its wave, however legitimately, soon paid the price. I wrote effusively about Speedball in Jamming, and even got them a feature in an early issue of the Face, but as the likes of the Chords, Secret Affair and Merton Parkas dropped off the charts, it became evident that major labels were no more likely to sign Speedball than they were to sign vocalist-synthesizer duos modeled on the New York band Suicide. (Okay, so the music business moves in mysterious ways.) By the end of 1980, Speedball had called it quits and left us little more than memories. Guy went off to bigger and, ultimately, better things (all of which you can read about in his side-splittingly hilarious memoir My Bass and Other Animals); Robin moved to Australia and a life in IT; Dave became a traveling hippy, finally settling down in Totnes, Devon, where he recorded an album entitled This Is Your Life under the name Oceanic. As for manager Roger Allen, he maintained the faith throughout and finally, this past Christmas, secured release of a retrospective CD, Maximum Speed, on the “Scooter Scene” label Detour.

Maxmium Speed. No relation to the mod fanzine of the same name, I trust. Order your copy here.

For mod revivalist completists, Maximum Speed will be a necessary addition to the collection. “No Survivors,” in particular has stood the test of time, coming across much less like a mod anthem than just another amped-up slice of teenage new wave commentary. (Indeed, many of the mod bands were only an image-damning target t-shirt removed from the likes of Gen X and Southend’s pioneering R&B punks, Eddie and the Hot Rods.) Hearing them again, I remain insistent that “Don’t You Know Love” and “Billy Gets,” are especially superb songs. At the same time, it’s disappointing that, debut 45 aside, their legacy appears to have come down to a badly recorded demo, and a handful of live songs, which fail to do more than hint at the band’s inherent energy. Context, I’ve come to learn, is everything and I don’t expect that the casual listener will feel as warm and fuzzy about Maximum Speed as I do. Still, how can anyone not love a band that, at a time when everyone else on the mod scene was covering either “Circles” by the Who or “Stepping Stone” by the Monkees, opted instead for “First Time” by the Boys. Don’t hurt me… oh!

With permission from David Holmes at the Detour label, I’ve MP3d “Survivors” as a teaser, a taster, and as a forgotten classic. Give it a spin

For more about Speedball, visit Holmes’ exhaustive site Bored Teenagers, or the equally historic Southend Punk archives. At both sites, you’ll find Jeff Carrigan’s pictures of the band freely lifted from Jamming, issue no. 8 –if not with our permission, then with our belated blessing. (Do your own research, huh!) 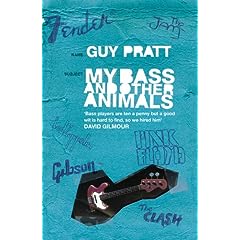 Context being everything (still), then if you don’t already know him you may not find Guy Pratt’s tale of a life time pursuing Sex, Drugs and Rock’n’Roll quite as funny as I did. On second thoughts, I’m sure you will. Order it through amazon.uk.

I’m grateful that, thanks to the release of Maximum Speed, I’ve found myself back in contact with both Roger and Robin. (Guy and I have stayed in touch through the years.) We’ve subsequently been reliving memories of a couple of sordid weekends away, on “the road,” in their hometown of Southend and that center of all things Quadrophenia, Brighton. You can read more about the first of those occasions when Boy About Town hits the stands. Sadly, Dave Dyke is no longer with us, having succumbed to cancer at the age of just 45 – the age I’m at right now. That sucks, as they say in America and as we most certainly did not say back in 1979. (What DID we say? Anyone?) Understandably, Maximum Speed is dedicated to his memory.