I’m so busy working on book projects (and more) right now that I just can’t post like I used to. No reason not to share some of the good music that’s coming my way though, especially when it’s free. No particular theme: good music is good music is good enough for me. Enjoy.

1) Classic soul revivalists Sharon Jones and the Dap Kings release their fourth album, I Learned The Hard Way on April 6th. Stream or download the title track here. A couple of years back, when Jones and co. played Mountain Jam up at Hunter Mountain, someone turned to a friend of mine and said, “I can’t believe no one makes music like this any more.” But, as my friend turned back round and pointed out, “They do…” And here it is.

2) British Columbia’s You Say Party! We Say Die! just unleashed the Los Campesinos remix of their feisty “Laura Palmer’s Prom,” which you can stream or download here. And yes, it does fit right into that Yeah Yeah Yeahs vein that was all the rage this past year. The album XXXX has been out in Canada since September; officially, it comes out in the States Feb 9th, just in time for when the Winter Olympics invades their Home State. More info at Paper Bag Records.

3) Generally speaking, no one really cares any more about “the record label” in the world of iPods and digital files… Except when that label is on the level of a 4AD and still putting out one fascinating act after another. Denmark’s Efterklang release their new album Magic Chairs on February 22; the gorgeous (and not easily categorized) teaser track “Modern Drift” can be listened to and downloaded via this link. 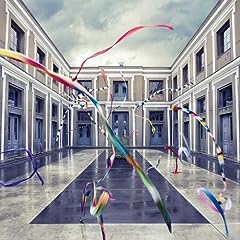 4) Staying with 4AD, I can’t tell you how happy I am to see the Tindersticks still making music of value after all these years. It’s almost two decades since they were signed with the London label in the States, and if their hip star waned over the years, the Brits’ sense of conviction has not. Falling Down a Mountain is out on CD on Feb 16th; the captivating “Black Smoke” can be heard and download here. 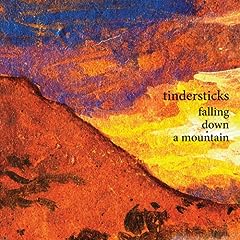 5) Finally, is it seriously five years since Londoner Kieran Hebden released a full length album as Four Tet? If you say so. I was fortunate enough to get my hands on the remixes of “Love Cry” from his new album There Is Love In You the other week; now the good people of Domino Records, through Giant Step, have made “Angel Echoes,” the haunting opening track, and one that reminds me of that hyper-productive period in the early 1990s when the words ambient and chill first found their way into the techno-house conversation, here. For the time being, you can stream the entire album over at Giant Step’s Four Tet artist page here. 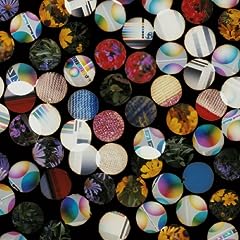