Found this in the Phoenicia Video Store among the new releases Friday night, and within seconds was asking myself: How had I never heard of it? An Anglo-American movie, co-written by the celebrated English expat duo of Dick Clement and Ian La Frenais, it’s set initially in the Mexican barrios of Los Angeles, from which it transfers itself to Newcastle where it finds the full co-operation of the 2004-05 Newcastle United team (Alan Shearer included), along with cameos from Real Madrid’s Zidane, Rauol and Beckham. OK, so it aims straight for its Hollywood-determined goals with barely the slightest of curved balls or tackles, but there’s plenty humor and even a moral heart. Plus there’s the twisted virtual reality of actors Kuno Becker and Allesandro Nivola superimposed on real Newcastle games against Chelsea, Fulham and Liverpool. I can only assume that in Britain Goal! was greeted with contempt for its Hollywood roots, for it’s not something I’ve heard anyone raving about, while in the States I can vouch that it did not have the surely intended desire of helping spread the “soccer” contagion to the one country still resistant in the heartland. Which is a shame: for this Anglo-American family, 11-year old PS2 Fifa 06 expert included, we’ve rarely found a better Friday night movie. And we look forward to Part 2, in which our hero, Santiago Munez, joins Real Madrid and can therefore hopefully provoke more atrocious acting from David Beckham.

SONG:
‘God Knows (You Gotta Give To Get)’ – El Perro Del Mar
Swedish songstress going by unnecessarily complicated name makes breath(takingl)y ethereal pop of the highest order. Released in Sweden a year ago and in the Uk this past spring, it’s now making waves in the States, where her eponymously-titled debut album El Perro Del Mar has just been released by The Control Group. 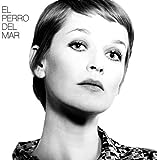 ALBUM:
Love – The Beatles
Some may call it sacrilege, but for a generation raised on DJs, mash-ups and cultural collaborations, it’s about time The Beatles’ catalogue was reworked. In fact, the only complaint about these pristine remixes (for one can hardly fault the original material) is that George and Giles Martin didn’t take more risks. 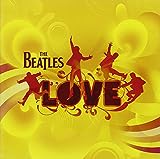 BOOK:
Ash Wednesday – Ethan Hawke
Can actors write novels? In Hawke’s case, most certainly. Picked this up from a friend’s bookshelf the other day, struck how I opened it on a scene set at the Kingston bus station, a sight I’m all too familiar with these days. (Plus, I had friends who grew up with Ethan in New Jersey.) Sexy and gritty, and not too far removed from reality, it suggests that this particular Gen X two-movie wonder has a potential second career as a genuine writer.

WHITE WINE:
The Ravine’s 2005 Dry Riesling is much as I noted when trying a glass in a restaurant: lively and fresh, with citrus notes amending its crisp apple bite, it’s a clean, pure example of everday quality from New York’s Finger Lakes. (Read more about Finger Lakes wines here.)

RED WINE:
The 2004 Il Nero di Casanova from the massive Il Spinetta company is typical of your modern Super Tuscan: dark and brooding, a little mysterious, a grape blend just beyond what would pass for Chianti (in this case predominantly Sangiovese with 5% local Colorino), some pleasantly bitter acidity fighting its way through the earthy aromas, some vanilla-scented coffee, some dark fruits fighting to escape but perhaps needing more time in the cellar to integrate with the wood. Not an easy wine, though obviously a serious one, it’s representative of modern Italy. And I’m not convinced I’m a fan.

BEER:
Anchor Steam Christmas Ale. A near black bear of a beer, offering up spicy notes and a hearty, fire-side feeling of inner warmth. The ingredients remain a secret, the beer is only available for a couple of months a year, and you wouldn’t want more than a couple without some hearty food to match.

RUN:
Eight miles on the Jersey Shore Boardwalk in crisp winter air, the last three spent following another runner as pacer who provocatively picks up the pace and turns this Sunday morning jog into a race. A great way to clean the lungs, clear the head and prepare for another week of work.